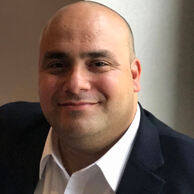 Willie Costa leads the firm’s financial operations and serves as a key advisor to VUONG Holding's aerospace, engineering and technology clients. He is an aerospace engineer who has been building, flying, and experimenting with aircraft and rockets for over 20 years. Willie has built several kit and ultralight fixed-wing aircraft, and has designed and fabricated components for experimental aircraft and race cars.

Willie has worked at three NASA research centers and served as a NASA Student Ambassador, a Penn State STEM Fellow, and an NDSEG Fellow, and has tirelessly encouraged young students to pursue STEM fields. Willie works with numerous aerospace startups and small-cap companies, serving as an engineering consultant and performing financial analysis and valuation work. He has worked for seven years in the power transmission industry as a project manager, spearheading new product development efforts and implementing lean six sigma initiatives to reduce order turnaround time and increase profitability.

Willie has both an BS and an MS in aerospace engineering from Cal Poly Pomona and The Pennsylvania State University, respectively. He also has an MPS from Penn State with a concentration in finance, a Lean Six Sigma black belt, and a Data Science Professional Certificate from Harvard. He is an avid rugby player, Formula One fan, recreational pilot, and currently holds multiple pilot certificates and a high-power rocketry certification. He thoroughly enjoys seeing the world from 10,000 feet above ground level whenever possible.